Heavy-tailed risk events and how to deal with them

Risk and the tale of tails

Risk can be a philosophical concept for which several definitions exist. One way or the other, risk is usually an unexpected event with a negative impact. It’s not the normal condition (some pun intended) that you expect: it’s not the base case and it is unexpected.

Consider an event that can be a risk to your business. If we assume a probability distribution for all potential outcomes of that event, your base case and typical expectations are likely to be in the middle, similar to the famous bell curve. As you go towards either side, you get into the tail territory—the tail events, or unexpected outcomes.

Studying the tails of distributions is essential for risk management. Whether in probabilistic risk assessment or even in qualitative hazard studies, risk management aims to understand tail events. Risk measures such as value at risk or expected shortfall are essentially measures of the distributions’ tails. So, if you’re concerned about your project cost overrun risks, for example, you’re worried about the tail of the cost distribution.

Therefore, by many definitions, all risks are tail events. Studying the tails is of utmost importance when quantitatively dealing with risks. Moreover, the heavier the tails are, the more probable the unexpected risks. Consequently, it’s imperative to take the right approach and methods to study how heavy the tails are. This applies to all rare events, catastrophic events, and black swans.

Many naturally occurring phenomena and system outcomes follow what’s called the “normal distribution”, where the outcome quantity is symmetrically gathered with a variance around a mean. The normal distribution is a beautiful and powerful mathematical discovery. It forms the basics of statistics and allows us to represent the distribution of such phenomena with only two quantities: the mean and the variance. Importantly, as related to risks, the normal distribution has very thin tails.

How heavy it can get? How complex it can become?

As the system's interdependencies increase and the internal processes become more multiplicative, the notion of finite variance and even the notion of finite mean may become violated. This means that the more data we collect, the arithmetic variance or even the mean may steadily increase (it will not converge). For these extremely interdependent phenomena, any application of the arithmetic mean (average) is essentially meaningless. The heavy-tailed distribution becomes drastically different from the normal distribution. Such heavy-tailed or fat-tailed distributions are rare but happen enough within nature, projects, and engineering systems.

Many heavy-tailed processes exist around us. Take earthquakes, for instance. Many minuscule seismic quakes happen every year. The mean intensity of the seismic quakes at a particular location is not informative because the risk is the high intensity tail event. The mean, moreover, may not be meaningful at all because of a very heavy-tailed distribution. Our analysis of project cost overruns confirms that they are indeed heavy-tailed, sometimes even with infinite variance but so far as we saw, they had finite means. Other heavy-tailed phenomena include pandemics, solar flares, blackouts, terrorism attacks, forest fires, and also the population of cities, net worth of people, and citation of papers, etc.

What all these phenomena have in common is the multiplicative nature of the internal data-generating processes.

The statistical and mathematical methodologies for dealing with heavy-tailed risks are well developed; they are, however, still a bit unconventional within general industrial risk assessment methodologies. To begin, we should be curious about the interdependencies within the data-generating process and try to explicitly consider them.

Although traditional risk quantification methodologies such as the Boolean logic and tree dissections of risk scenarios are extremely powerful in their own rights, they often fail to allow for the modeling of probabilistic and conditional dependencies, which is of paramount importance when dealing with heavy-tailed phenomena. Moreover, as powerful and useful as the normal distributions are, we should strive to use accurate distributions with representative tails and even avoid statistical methodologies and machine learning techniques built upon the normal distribution assumptions.

Many of such heavy-tailed phenomena are at the forefront of risk management within various industrial sectors. Properly dealing with them saves valuable public and private resources through better planning and decision-making, creates safer projects and more sustainable operations, and results in better readiness for facing the progressively more uncertain world. Within Hatch’s Risk Management group, we are heavily focused on expanding our toolsets and understanding of such heavy-tailed risks and phenomena.

Note: Heavy-tailed and fat-tailed are used interchangeably within this article, but in scientific literature they have slight technical differences. 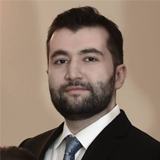 Pouya is a risk analytics specialist within Hatch's Risk Management group. He is a professional engineer and recently finished his Ph.D. focusing on knowledge representation and probabilistic methods to quantify, measure, and update social and technical risks and corresponding losses both within projects and engineering systems. He has a wide range of experience working in projects within the mining and metals, infrastructures, and energy sectors as a seismic and structural dynamics engineer.