Ottawa, Canada— Hatch is extremely proud to have been recognized with five Canadian Consulting Engineering (CCE) Awards for four separate projects, taking the top honor in half of the eight Award of Excellence categories. The honors were bestowed at the 2018 CCE Awards Gala, which took place October 23 in Ottawa, Ontario.

Together, the Gahcho Kué diamond mine in the Northwest Territories, the Chaudière Falls Hydroelectric Redevelopment in Ottawa, the Kashechewan Safety Risk Reduction in Northern Ontario, and the Dam Safety Enhancement in Nepal’s Gorkha Region demonstrate our global reach and the scope of our service offerings. 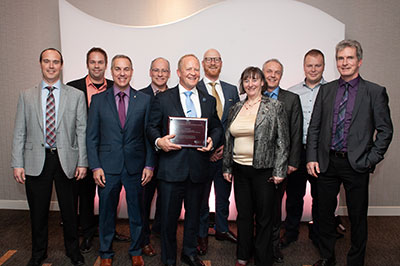 The Gahcho Kué Diamond Mine project won the Award of Excellence in the Project Management category. Gahcho Kué, the world’s largest new diamond mine, is located in Canada’s remote Northwest Territories and lacked local and regional infrastructure to sustain project operations. Hatch managed the full EPCM contract for project implementation. A complete greenfield installation, the project had to overcome extreme cold temperatures and logistical challenges, including road access by a 420-kilometre winter ice road only available for two months of the year. Despite the challenging location and climate, the project was delivered two months ahead of schedule and within budget. Gahcho Kué achieved major successes, including safety and health achievements, early production ramp up, positive economic impact on the local economy, and employment opportunities for the North. The project also won the Project Management Institute’s Project of the Year Award (Montreal) in 2016, the Viola R. MacMillan Award from the Prospectors and Developers Association of Canada in 2017, and the 2016 Workplace Health and Safety Award from the Yellowknife Chamber of Commerce.

“The CCE award is a testament to the commitment of every employee and partner that has made Gahcho Kué the success that it is as an operation, having had a tremendous start with a world-class approach and delivery of the project phase. Two years into operations, the Gahcho Kué team continues to build on the success of the project and make De Beers Canada a major contributor to the De Beers Group globally.”—Allan Rodel, Head of the Gacho Kué Project, De Beers Canada 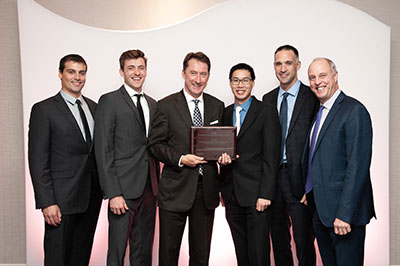 The Chaudière Falls Hydroelectric Redevelopment project was honored to receive the Award of Excellence in the Natural Resources, Mining, Industry, and Energy category, for which Hatch provided full EPCM services during the design and execution phase. The project entailed the retirement of two existing hydroelectric generating stations and the development of a new larger facility. The power facility was designed and constructed to generate clean, renewable energy while reducing the impact to the environment, providing a public place for everyone’s enjoyment, and paying tribute to Canada’s native peoples and history. The Energy Ottawa-Hatch team delivered a complex engineering assignment and construction within budget, and the infrastructure will remain a lasting legacy for generations to come.

“Hatch was instrumental in the successful delivery of the project, allowing for the ongoing development of the Chaudière project. Their services were completed within the approved timeframe and budget and they maintained professional support throughout the life of the project, that include planning stage, design phase, procurement, installation, operation and commissioning.”—Franz Kropp, Director, Generation, Energy Ottawa 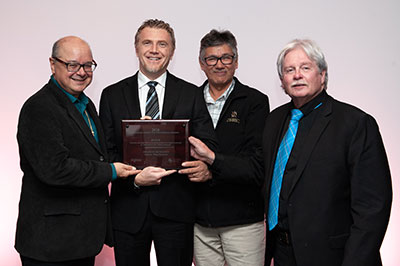 The Kashechewan Life Safety Risk Reduction project won the Award of Excellence in the Water Resources category. The project aimed to increase the overall safety of the remote Kashechewan First Nations community, which has been evacuated eight times in 40 years due to flooding caused by dam failures. Hatch developed two innovative tools to provide a long-term solution for the Kashechewan community. The first was a safety-risk assessment that predicts the likelihood of a dam failure. The second was a flood forecasting tool to give the community more time to evacuate in case of an impending dam failure. Enhanced safety in the community contributed to an “Agreement of Hope” between Kashechewan First Nation and the governments of Ontario and Canada.

“The Hatch team was instrumental in the successful delivery of the project, allowing the development of the first guideline that addresses the dam safety and the issues specific to assist in the development of a new dam. Their services were completed within the approved timeframe and budget. They maintained their professional support throughout the life of the project.”—Chief Leo Friday, Kashechewan First Nation 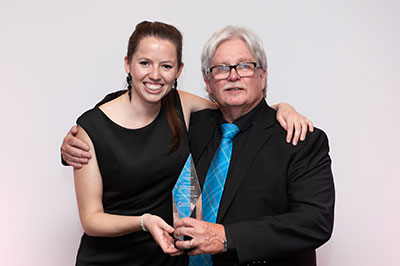 Hatch won two awards for the Enhancing Dam Safety in Nepal project: the Award of Excellence in the International category and the Ambassador Award, which is presented to a project executed outside Canada that best showcases Canadian engineering expertise. The project assisted the Government of Nepal in reducing the risks associated with the development of a new hydropower facility after the devastating Gorkha earthquakes. The project entailed the review of the current global state of the art in dam safety management and the state of practice in Nepal. The result was a set of dam safety guidelines tailored to the needs of Nepal that included unique new guidance on how to deal with the natural hazards of a mountainous country such as Nepal. In addition to and in support of their main goals, training workshops and presentation were given to enhance the learning and growth of those involved in Nepal’s dam safety programs.

"Hatch maintained their professional support throughout the course of the project, provided a roadmap for the implementation of a new dam safety regulation and technical guidelines that will enhance safety in Nepal for generations to come."—Mr. Madhu Pd. Bhetuwal, Joint Secretary, Government of Nepal