We stand with you: Hatch employees march in Toronto Pride parade 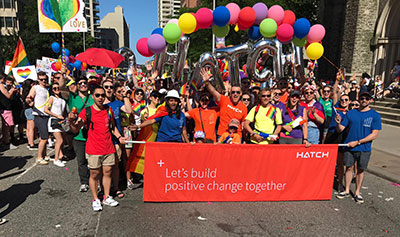 Continuing in our mission to support the LGBTQ+ community, Hatch for the first time marched in Toronto’s Pride Parade on June 23, 2019, the only engineering company to do so. The parade attracted over 1 million local residents and visitors for a weekend filled with celebration and positivity. This year marks the 39th annual Pride Toronto Parade, which has become a central rallying point for the entire community. It also serves as a reminder of the 1969 Stonewall Inn Riots that saw police brutality against the LGBTQ+ community and other minority groups. Our colleagues came together to celebrate what has been accomplished, and to acknowledge and pursue what still needs to be done.

“I am incredibly proud to be a part of a company that supports equality for all. Events like the Toronto Pride Parade allow for colleagues to connect, and sparks a conversation about how we can continue to build a company culture that inspires inclusivity, openness, and understanding," said Troy Su, a co-op student with Hatch.

Our participation in the Toronto parade builds upon our commitment to the LGBTQ+ community after participating for the first time in the Montreal Pride parade in 2018, which we will be attending again in August. We will also be expanding our efforts beyond Canada by marching in the Brisbane Pride Parade in September in Australia.

“Hatch’s first Toronto Pride Parade was a roaring success. We’re privileged to be able to openly celebrate with our LGBTQ+ community here in Canada and we recognize that is not the case everywhere our colleagues live and work. That’s why it’s so important to us that we champion true acceptance and inclusivity, and want our employees to know that we support them fully,” said Bruce MacKay, regional managing director for Western North America.

While there are many ways to advocate for equality and diversity, we believe that one of the most powerful is simply supporting those around us. By fostering a culture of acceptance and inclusion, we demonstrate our firm belief in creating meaningful, positive change in the world. Our participation in events like the Toronto, Montreal, and Brisbane Pride parades is just one of the ways in which we can, and are, supporting our colleagues in the LGBTQ+ community and committing ourselves to becoming their allies. 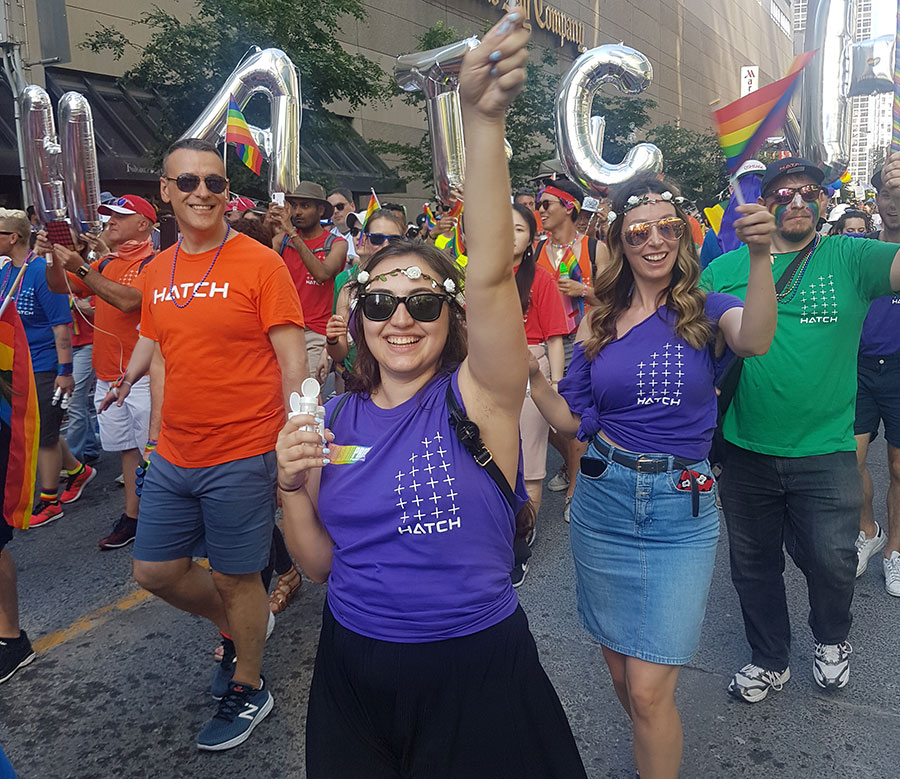