Many countries around the world are falling well short of achieving reduction mandates for greenhouse gas (GHG) emissions. The Paris Agreement’s goal is to limit the increase in global temperature to less than 2oC; a target that has been established as society’s point of no return. This worrisome point-of-no-return benchmark requires substantial investments in across-the-board mitigation measures and behavioral changes to reduce future GHG emissions.

The failures to achieve reductions are exacerbating the already dire impacts of climate change. As a result, the world is seeing an acceleration in the number of weather events that are, at least partially, linked to climate change. Tragically, the severity of these events is also increasing. Climate change-related events, such as more frequent and stronger tropical storms with high winds, heavy rains with storm surges and flooding, droughts leading to water shortages and wildfires, unprecedented extreme (both high- and low-) temperature events, and sea level rise, are having drastic impacts on the lives of people in almost every country.

Electric power systems are essential infrastructure that are a vital component of energy supply around the world. As decarbonization efforts continue to reduce GHG emissions, electrical alternatives to traditional fossil-fueled vehicles and home-heating systems (e.g., replacing internal combustion engine vehicles with electric vehicles, and gas furnaces with electric heat pumps) will become even more important. By including Hatch on their team, clients tap into 66 years of unrivaled experience and advanced, state-of-the-art technology. We’ve provided innovative, sustainable solutions for clients in all industry sectors who are seeking to transition and adapt their power systems to weather the climate change storm.

The reliance on the grid is increasing as the impacts of climate change are threatening infrastructure to an unprecedented extent. To maintain reliability, adaptation is needed to ensure power systems are more resilient and to reduce the consequences of future climate change-related events. Significant adaptation of power systems, however, is not any easy task. Most of today’s systems were designed and built before current values for climate variables were known or considered important enough to include in the design basis. Large thermal power generating plants, built on the coast for easy delivery of fuel, hydro power plants built on river systems dried up by drought, centralized generation requiring long distance high voltage transmission for delivery to load centers, and spaghetti-like low voltage distribution networks already weakened as their end-of-life approaches, all pose significant resiliency challenges. In some locations, the closure of conventional coal and nuclear plants due to clean energy mandates, end of life, or major refurbishments compounds the need for adaptation of the remaining components of these power systems.

What steps should a utility take to develop an adaptation roadmap and action plans?

Given the extent of the problem, several interlinking pathways are needed. There are three primary options that tend to be focused on:

While most are experiencing rapidly increasing demand, every power system has a unique set of features that must be factored into the assessment of viable adaptation measures within these three categories.

When seeking approvals for adaptation measures, it is important to value these based on the real value of electricity to society. A prime example is the crisis that hit Texas in February of 2021 in which the power grid was unable to cope with a series of very large severe winter storms. The state’s lack of sufficient redundancy measures, and general unpreparedness, left more than 4.5 million homes and businesses without power, contributed to the deaths of over 700 residents, and is estimated to have caused over $195 billion in damage.

Events such as the Texas power crisis underscore the importance of adaptation. Safety equipment such as traffic lights, lifesaving devices in hospitals and homes, cooling systems during extreme heat, and electric heating systems during extreme cold all require reliable power from the grid. Accordingly, the benefit cost analysis should be based on a Value of Lost Load, which is higher than simply the lost revenue to the service provider.

Anyone who has enjoyed air-conditioning during periods of extreme heat should advocate for increased power system adaptation measures. If you are unsure on what you need to do, connect with an expert in the field. We’re here to help.

In Part two of this blog series, we’ll discuss those measures in more detail while focusing on innovative methods to adapt power systems to comply with climate change initiatives and mandates. Real examples from recent Hatch engagements will be used to frame this discussion. 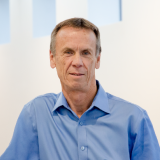 Bob is a Certified Management Consultant and Professional Engineer with more than 30 years experience. He has been responsible for the execution of energy efficiency improvement, integrated power supply plans, electric power sector restructuring, market assessment and economic analysis projects for major Canadian and US electric utilities and government agencies.