Seek Critical Advice Before Charging into the EV Industry

People have had a love affair with their gasoline-fueled vehicles for more than 100 years. When faced with the prospect of changing over to electric vehicles (EVs), many balk and bristle. EVs, they say, can’t travel as far as fossil fuel-powered vehicles; their batteries are expensive to replace; and there aren’t enough charging stations.

Which is all true. For now.

Change, however, is inevitable. The recent passage of the Inflation Reduction Act in the United States recognizes this inevitability and gets us closer to that goal. It also has significant implications for the EV supply chain and provides opportunities for Canada.

The Inflation Reduction Act will go a long way in helping the EV industry initiate and implement such change. Pessimists say such a transition will never happen. Optimists predict a changeover in 10 to 20 years. The truth lies somewhere in between. It is hubris on our part to think we can transition from fossil fuel vehicles to EVs in a decade. It will take time.

The whaling industry is a prime example. Whale oil was a worldwide staple from the 16th through the 19th centuries. It was used in numerous products, including oil for lamps and low-friction lubricants. People were convinced they couldn’t do without it. Eventually, however, more efficient and cheaper replacements came along such as camphene, kerosene, and petroleum, and the industry collapsed. This time between the peak harvesting of whale oil barrels to the end of the industry took almost 50 years.

In the not-to-distance future, fossil fuel cars may well go the way of whale oil or could at the very least have a niche use. EVs, powered by batteries made with critical minerals such as lithium, cobalt, nickel, and copper, will become more efficient, cheaper, and recyclable.

I had the pleasure of representing Hatch at a Critical Minerals Workshop organized by the government of Canada’s Northwest Territories (NWT) in which I gave a keynote presentation titled, “Understanding Canada’s Strategic Advantage within Critical Mineral Supply Chains.” The NWT government reached out because it recognized that we are a trusted advisor with deep technical and commercial expertise. We have a technically superb advisory group that has contributed to various industry players and governments’ critical minerals policies. The NWT, in particular, has mineral deposits that are essential to the EV value chain and any policy initiatives that facilitate the extraction of those minerals should be encouraged. The Inflation Reduction Act does just that.

Electric vehicles production has grown twenty-fold over the last ten years. That trend, coupled with climate change and zero-emissions vehicle mandates from governments, and the production goals of EV manufacturers, creates the need to secure vast amounts of critical minerals. Currently, there aren’t enough battery cell giga factories to support expected growth. That, however, is about to change. The supply issues that followed the COVID pandemic have caused many countries to rethink production strategies, and Canada and the United States have each announced a handful of their own giga factories, with many more expected over the next five years. Both countries are also expected to develop battery recycling processes, an area in which Canada is a leader in technology development. This growth presents a real opportunity for Canada and its provinces and territories that are rich in the minerals required for EVs and their batteries.

Obviously, North American car manufacturers need to get up to speed. The big news coming out of the 2022 Prospectors and Developers Association of Canada’s international conference was that the mining industry is preparing to meet the supply the critical minerals needed to fuel the transition to EVs. A common theme heard at the conference was that collaboration across the value chain will be required to enable this transition. It will take a village and require cooperation from miners, cathode manufacturers, battery manufacturers, OEMs, communities, and governments.

That, of course, requires teamwork, which is where Hatch comes in. We’ve amassed market insight and subject matter experts in all phases of EV manufacturing. We’ve helped automakers partner with mines to secure critical metals. And, we’ve helped governments develop EV protocols. Our experience and depth of technical expertise is what differentiates us across all aspects of advisory services.

Fossil fuel-powered vehicles aren’t going away anytime soon. Among governments and end users of these metals such as the automakers, there will be winners and losers. Those who do their homework, plan, research, and strategize will likely survive.

It is encouraging to see that the NWT Government is being proactive and trying to seize the opportunity. You can read the full report here. 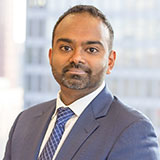 Siddarth Subramani is a Principal in Hatch’s Advisory practice with deep experience in battery metals engagements and leads the transactions service line globally. He has 18 years of diverse experience in finance and engineering and specialist expertise in equity capital markets, market analysis, valuation, and transaction advisory in the mining industry.