Safety should be the driving force for autonomous vehicles

The phrase “self-driving vehicle” conjures up a picture-perfect image of people getting into their cars, keying in a destination, and sitting back to enjoy the ride. Fully self-driving vehicles, long imagined in science fiction, are becoming closer and closer to reality. They will have a profound impact on our lives, communities, and industries, including transportation, mining, and agriculture.

In the coming decades, vehicles with automated driving capability, or “autonomous vehicles” (AVs) will significantly change the way we transport and deliver goods, plan and design parts of cities, and commute and travel.

Scientists and engineers have put a lot of research and resources into the development of AVs. These vehicles are expected to be safer, faster, and more energy efficient. But policymakers and governments have not, as of yet, put comparable effort into the regulation of AVs, which means crucial questions remain unanswered: when there is the inevitable collision or crash, who is responsible? Who will be held liable?

There are no fully “self-driving” vehicles on the roads today, and only a few even approach the ability to “self drive.” These few “self-driving” vehicles operate automatically only under very specific conditions, and most require a qualified driver to be present and ready to take control at a moment’s notice. That person is still the legal driver, and assumes liability for the operation of the vehicle, just as drivers of conventional cars do. But in the future, when technology is more advanced, AVs may have no driver at all; they might be empty, or contain only passengers, who are unable to control the vehicle. In such cases, who will assume liability?

The answer is vehicle manufacturers. This obligation will be a standard that can be easily followed by law enforcement, incident investigators, and the public at large: if a human isn’t responsible for the vehicle, then the manufacturer is. Before dismissing the idea, consider that today there is at least one carmaker already accepting liability for its automated-driving vehicle, albeit with some restrictions. That manufacturer is confident enough in its product to assume responsibility for it, provided it is used correctly. That’s a high standard, but it’s one that the public should expect all manufacturers to reach.

Currently, fully automatic vehicles—in which humans are not present or are just along for the ride—don’t exist, with a few small exceptions for very constrained domains (such as equipment for the most remote construction sites). Instead, there are numerous auto manufacturers marketing vehicles with various driver assist features. These, of course, also need to be regulated to ensure safety and determine liability.

According to the Society of American Engineers (SAE), there are five levels of AV:

Level 0: No automation: Driver completely responsible for control of the vehicle.

Level 1: Driver assistance: Vehicle has some automated systems such as adaptive cruise control in which the driver doesn’t have to use the pedals.

Level 2: Partial automation: Vehicle has the ability to perform functions that pair steering, acceleration, and braking. Driver needs to monitor the vehicle.

Level 4: High automation: Vehicle can handle all driving routine functions under specific conditions, and will alert driver if those conditions are exceeded and a human must take control.

These designations are helpful for engineers working to improve the vehicle capability. Unfortunately, they are not particularly helpful for regulators who want safe roads with clear liability. Hatch AV experts have developed an innovative, unique typology that is more useful than “levels language” for policy makers, insurance companies, and regulators. This typology, which carefully distinguishes all possible modes of automated driving from a regulator’s perspective, is a significant contribution to the advancement of AVs.

Fully automated vehicles that can take a person from their suburban home to a city-center office probably won’t debut until at least 2050, or perhaps beyond; the engineering problems that must be solved to provide such vehicles are significant. In the meantime, it is likely the trucking industry will take the lead, and that trucks using automated driving systems to transport goods will be available long before fully automated cars.

Developing a vehicle that can navigate busy inner-city roads, bustling with pedestrians, cyclists, and erratic city traffic is extremely difficult. Developing a truck that can travel on highways from one point to another, alongside vehicles that behave in a predicable way, can be easily handled by an automated driving system. And given that there has been a shortage of big-rig drivers for more than a decade, the industry is actively exploring such systems.

In the near future, trucks equipped with such systems will travel to depots just off of major highways and interstates, and then pass the baton to humans who will complete the final delivery. In the field, this is called drayage, where instead of goods moving from producer to consumer, they are transported incrementally from warehouse to warehouse. Our experts have developed an extensive series of recommendations and practical applications for automated driving and drayage. For example, automated trucks—controlled by computers—could draft much closer together and, therefore, travel in long convoys that would be more efficient in terms of energy, fuel, and time.

When it comes to the operation of any motor vehicle, harmonization of standards is paramount. Imagine the confusion and chaos that would ensue if stop signs were red octagons in New York, but blue triangles in New Jersey. Harmonization is so important for motor vehicles that there is a significant first-mover advantage; the first large province or state to implement regulations and infrastructure for automated driving could become the leader of the harmonization pack. Other jurisdictions would tend to align with the early mover. We can develop customized pilot programs and standards to help you become that early mover. Those who are slow to act would also miss out on the “network effect,” in which the value of a product, business, or service escalates as more people use it. Put another way, cities or regions that add AV regulation and infrastructure encourage private investment, which in turn makes all of the previous investment more valuable. Major trucking companies, for example, would be more likely to invest in forward-thinking jurisdictions that were ahead of the curve, which in turn would make other firms that require efficient goods movement as part of their business model to follow suit.

Automated driving is expected to play a significant role in boosting economies, creating jobs, and advancing access to goods and services. Hatch has unrivaled expertise in the AV field and is committed to assisting federal, state, and local lawmakers, insurance regulators, and vehicle manufacturers create and apply standards and policies that ensure AVs will be operated as responsibly and safely as possible. 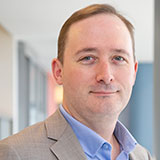 Andrew Miller is a city-builder, urbanist, and futurist specializing in mobility and transportation planning. He has a twenty-year career that spans government at the provincial and municipal levels, as well as private-sector advisory. Andrew recently prepared a 200-page report, with 40+ recommendations, for a public-sector client (identity under NDA) on how to introduce autonomous vehicles to public streets safely, equitably, and quickly.