SMRs in mining – a renewed business case for nuclear in Australia

There is renewed interest in nuclear energy projects throughout the world. Countries that had previously moved away from nuclear energy as an alternative to fossil fuels have shown interest in the industry’s latest offerings – small modular reactors (SMRs) and very small modular reactors (vSMRs). Both offer a zero-carbon solution to a wide range of end users and open the possibility of engaging countries that have previously precluded nuclear as a potential option for their energy needs. One such country is Australia.

Australia is facing a critical moment in its energy future. Nuclear has been excluded from its energy mix due to Commonwealth legislation. As a result, the current energy mix is dominated by burning coal (64% in 2019), followed by natural gas (30% in 2019). [1]

With changing schools of thought however, focused on net zero/low carbon energy production and new technological advancements, there is renewed interest in adding nuclear into the energy mix. Specifically for Australia’s mining industry.

Mining in Australia is a primary sector industry and significant contributor to the Australian economy ($35 billion to the country’s GDP in 2018) [2]. Did you know Australia is the third-largest uranium producer globally? The country holds almost one-third of the world’s proven uranium reserves [3]. Apart from uranium, Australia is also involved in the extraction of metals and minerals such as lithium, iron, aluminum, gold, and lead, all critical raw materials for fast-growing clean energy technologies, including electric vehicles, energy storage, and wind/solar power; and demand for these metals and minerals is expected to continue to grow.

Adopting SMRs/vSMRs in mining can address unreliable power grids and the dependence on high carbon-emitting energy sources. Micro-SMRs are well-suited for mining operations due to their ability to generate reliable, carbon-free electricity.

Another specific and unique opportunity for Australia is to leverage its knowledge of isotope production from the Lucas Heights test reactor, located south of Sydney where various medical isotopes are produced [4]. Along with the above-mentioned downstream considerations of hydrogen production and cogeneration for the mining operation, SMR and vSMR reactors can also be used to produce isotopes. This could lead Australia to becoming a prominent global supplier of isotopes in addition to its raw materials.

That said, it might be time for Australia to reconsider nuclear at this energy crossroads. If so, Hatch, with its expertise in mining and nuclear energy, is in a unique position to provide current industry advice. 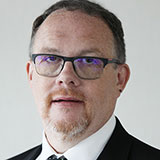 With 32 years working across the global private and government owned power industries, Steve brings a breadth of experience across many configurations and phases of power projects. Prior to joining Hatch in Australia, Steve gained significant multi-discipline/multi-location team leadership experience and a strong technical background working on numerous power projects in Australasia.