Mind the gap! A look into the international shortage of rail systems engineers

A look into the past, present, and future of the international shortage of rail systems engineers.

Thirty years ago I walked into a brand-new office for my first day in the new Signalling and Telecommunications Design Group set up by the former London-Midland Region of British Rail. One hundred and nineteen other fresh-faced, soon-to-be signal engineers walked in that day too, and we each nervously took our seats for eighteen weeks of intensive training by some of the most experienced signal engineers in the British Rail organization. Every Friday, we’d have an exam on the topics covered that week, and every Monday, a few less faces took their seats as a result. At the end of the program, the remaining eighty or so engineers-in-training graduated, and for a further eighteen months, worked in rotating placements with each of the departments involved in operating, maintaining, and developing a railway network. In between those placements, we performed real design work on signalling schemes around the region, before being declared ready to operate as a fully functioning part of the organization.

This program was a massive investment and took place for one reason only: British Rail management recognized that the national shortage of signal engineers was going to prevent the long-term infrastructure works program from being executed in the time frame required and would therefore take many more years to complete as the lack of signal engineers would limit the number of projects that could be executed at any one time. Over time, other events overtook this program, with the privatization of British Rail interrupting infrastructure development plans for a few years. Soon after, the inevitable happened, and the upswing in work exposed the shortage that still existed, even with eighty additional signal engineers in the pool.

Subsequently, the Institution of Railway Signal Engineers (IRSE) noted that this shortage was not a national shortage, but a global one–impacting all hotspots of railway signalling improvement works around the world. Twenty-three years later, in 2013, at an IRSE centenary event discussing the future of technological advances in signalling, it was noted that:

“… the global shortage of signal engineers will prevent technical advancement unless more people can be attracted into the industry.” – Doug McCormick, Executive Chairman, Gleeds

Looking at the now

Which brings us to the present, where many of the gray hairs that now crown this considerably less fresh-faced signal engineer can still be attributed to questions of resourcing, thirty years after I joined this industry. It would seem, at first glance, that not much has changed, as many delivery organizations still struggle to resource projects because of staffing shortages.

But much has changed. I'm no longer a signal engineer–I'm a rail systems engineer. The disciplines of systems engineering, systems integration, software engineering, and systems assurance have become fundamental foundations of my work. Communications systems, networking technologies, cybersecurity, SCADA systems, and their complex software interactions with those systems we originally thought of as signal systems, have become commonplace in every project. This has brought advancements we couldn’t imagine thirty years ago, but more critically, it has expanded the scope of the international shortage such that signal engineers have been joined by a myriad of other discipline engineers in the recruiter’s unicorn hunt for high quality, skilled, and experienced staff.

This brings us to the following sentence in that statement made at the IRSE event:

“… This in turn must not compromise standards and quality and the focus needs to be on the future, not on the past. Big thinking is needed but taking recognition from the solid foundation of signalling’s heritage.”

This is the second, less immediately obvious impact of the resource shortage. In a fully resourced industry, the “A-Team” will be assigned to the flagship project, as the flagship project needs the absolute best resources due to its challenges and risks. The “B-Team” will be no less qualified for the work they must do, so the lower risk projects to which they are assigned will be delivered competently and efficiently. However, in an under-resourced industry, there is pressure on organizations to add resources to their pool. If those resources are not being drawn from a development squad, like that of British Rail in 1990, there is an increased risk of mistakes being made when that resource pool’s cumulative expertise and experience is diluted. Those mistakes will manifest, at best, in the form of delays to projects, and with a focus on safety and achieving no harm, no one wants to imagine the worst-case scenario.

As the quote from the IRSE states

“[adding resources to the pool] must not compromise standards and quality.”

Of course, while this is a big ask for any individual company, engaging great people who make a difference should always be top of mind and should be looked at as an investment.

This is especially true when looking forward. Although the COVID-19 pandemic has interrupted many plans, the general outlook for rail and transit is still tilted heavily toward an overload of projects around the globe and the resourcing situation is faced with the Baby Boomer generation’s continuing mass retirement.

So, what do we do about this? In a signalling utopia, the answer to that would be that we pull together and collectively emulate British Rail’s 1990 development program as a whole industry. We all share in the costs and commitments and we all share the benefits in a non-competitive, mutually beneficial way, for the good of our industry and the public we ultimately serve. Of course, out here in the real world, we can’t make that utopian dream a complete reality, but we can all do some things that help.

Look at your organization, look at where it fits in the jigsaw puzzle that is the delivery of a project. How does your organization contribute to the problem and its potential impacts? How can your organization unselfishly contribute to the solution? How do we facilitate the development of an industry-wide pool of talent that will serve the entire industry and mitigate those impacts that will affect us all? As the Chinese proverb says, “the best time to plant a tree was twenty years ago, the second-best time is now.” It’s time for an open and honest conversation within the industry about the contributions we all have to make. 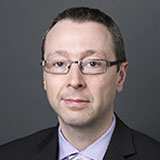