Construction of the world’s largest thickener—which has a diameter of 124 meters and steep floor slopes—has been completed jointly by AVA Montajes and Hatch Chile and took place throughout the period of social unrest and the pandemic, both issues requiring an increased effort from the team to achieve project success.

The project consisted of an EPC contract, developing the last phase of the detailed engineering started by a third party, including procurement, construction, and commissioning of the third high rate thickener, HRT 4001, of the Ujina plant owned by Compañía Minera Doña Inés de Collahuasi (CMDIC).

Work included ancillary facilities and utilities and aimed at achieving the performance level required in the stringent design criteria established by the Client.

The development period of 23 months for this EPC contract signed by AVA and CMDIC took place not only during the pandemic but also after the social outbreak that occurred in Chile in October 2019, which were circumstances that raised serious logistical challenges for project delivery. Supply of key equipment for the completion of works became a challenge and was slowed down, demanding extraordinary efforts by the multidisciplinary teams of AVA, Hatch, and the Client to achieve the various program milestones. 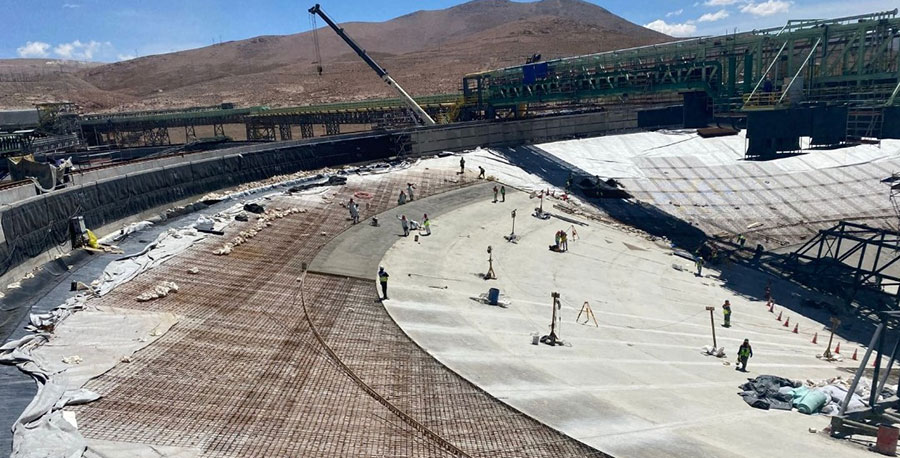 These challenges were in addition to those typical of a project of this size, which also entailed developing the engineering based on a previous one started by a third party and over a very stringent schedule. This meant that the engineering had to be developed in close coordination with construction works and manufacturing of main equipment. Nevertheless, the project was commissioned without any setbacks, achieving operational continuity, and reaching the operational parameters defined in the design criteria without any reported errors to date.

This project is strategic for CMDIC, since it allows them to support operations over the next 20 years. This is because the treatment and final disposal of tailings produced during the concentration process, as well as the maximization of process water recovery, is one of the most critical aspects in copper concentrate processes. For this reason, all eyes were on the development of this project and its subsequent commissioning, both due to the size of the main equipment—the world’s largest—and because of the challenge presented by its start-up and subsequent operation.

It should be noted that this CMDIC project was never halted during the two years of the pandemic, and this required significant efforts by all personnel involved, due to the strict health restrictions in force at the time, including new learnings and an ongoing adaptation to the conditions dictated by the evolution of the health emergency.

Our work in numbers: