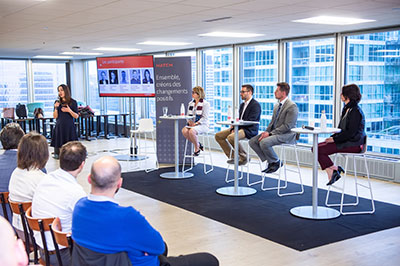 At Hatch, we are committed to diversity and inclusion because we understand that a diverse and inclusive work environment fosters a plurality of ideas and perspectives, which is necessary to solve problems and create value for our clients, our communities, and the world at large.

To facilitate discussion and conversation, Hatch’s Montreal office recently hosted a panel discussion to identify and explore best practices in the areas of diversity and inclusion that have proven successful in the workplace.

We were delighted to welcome an esteemed group of panelists:

The panel was moderated by Sherazad Adib, managing director at Catalyst, a global non-profit organization that works with leading companies to help build workplaces that work for women. Hatch is a global supporter of Catalyst.

Panelists discussed the professional and personal experiences that led them to become involved in diversity and inclusion within their organizations and emphasized the importance of their work. They also shared several pertinent initiatives that have been implemented by their respective companies to foster diversity and inclusion, which included the following, among others:

Despite these efforts, challenges remain. Cécile Fortoul, Quebec Women’s Group lead for IBM Canada, spoke about the issue: “One of the biggest challenges we face is unconscious bias. If we act unconsciously, we evidently can’t understand how or why these actions are problematic. We need to raise awareness about the issues related to diversity and inclusion. Taking action is a good first step, but we need to make sure that these biases become conscious. This is why we need to keep talking about them.”

Many of the best practices discussed had commonalities, such as having a strong will to succeed and a passion for the cause. Josée Girard, vice-president of Human Resources at Rio Tinto Aluminium, drew an interesting parallel between occupational health and safety, and diversity and inclusion: “So much progress has been made in terms of occupational health and safety. Today, we talk openly about OHS culture, and performance in this area has improved significantly over the past thirty years. We’re still at the stage of trying to convince people to adopt diversity and inclusion practices. We need to continue to engage with the leaders of our organizations and impel them to invest in diversity and inclusion.”

This panel discussion is the second in a series that the Montreal office has committed itself to organizing in order to encourage ongoing dialogue about the issues surrounding building a fully diverse and inclusive workplace. 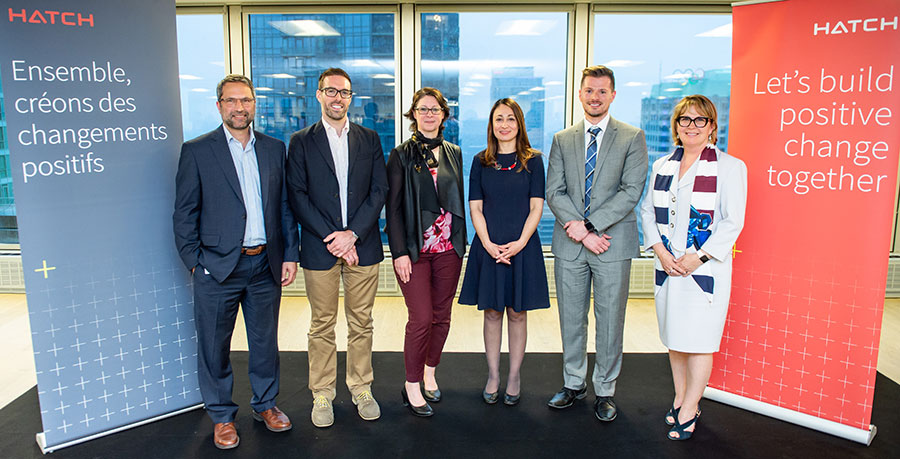