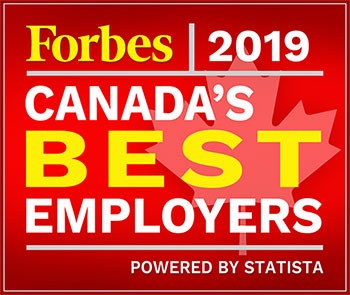 Following their annual survey, prominent business magazine Forbes has again recognized Hatch as one of Canada's Best Employers for the third consecutive year in a row.

Since 2015 the magazine has partnered with market research company Statista to measure the leading employers around the country. According to the report released on January 29, "Labor markets across the globe have been particularly tight in recent months. This landscape has proved challenging for companies competing to attract and retain top talent. Forbes set out to identify the companies doing the most for their employees with our annual ranking of Canada's best employers."

The ranking is based on a survey of 8,000 Canadian employees working for companies employing at least 500 people in their Canadian operations. Respondents were surveyed through anonymous online access panels and selected by gender, age, region, education level and ethnicity to be representative of Canadian employees in general.

Find out more about this ranking here.