Taking on avalanche control with a blast

Travelling through the Coast Mountains of British Columbia (B.C), Canada you can’t ignore the spectacular landscape of towering mountain ranges. Although it’s easy to get lost amid the natural beauty, we’re reminded of the underlying danger of our surroundings in avalanche valley. While overseeing a unique project in the area, we have implemented rigorous safety guidelines, avalanche control methods, and innovative technology.

Rio Tinto selected Hatch to manage the delivery of the Kemano Second Tunnel Project (T2 Project), which will ensure the long-term reliability of the power supply from the Kemano Powerhouse, powering Rio Tinto’s BC Works smelter in Kitimat. The new tunnel will support the operation of the Kemano generating station, a 960 MW hydroelectric power facility built in the 1950s. There is no other power source in the area that can sufficiently operate Rio Tinto’s BC Works aluminium smelter in Kitimat, so the project will help maintain the long-term production of the smelter. The aluminium smelter is essential to the town of Kitimat as it is the main employer. Construction of the T2 Project allows Rio Tinto to perform maintenance or repairs on the existing older tunnel without shutting down its Kemano and Kitimat operations. The T2 Project is located in the Northern Coast Range of British Columbia, Canada, a region that receives some of the heaviest snowfalls in North America.

The dangers of avalanche uncertainty

When monitoring an avalanche, there’s a main issue that avalanche zones in Canada and other alpine countries, such as France, Switzerland, and the United States, have in common—uncertainty. Changes in weather and climate pose a challenge to avalanche technicians who rely on forecasts for avalanche risk management. Strong winds blowing snow across slopes, the sun weakening layers beneath snowpack, and melting snow that gets heavier all contribute to the risk of an avalanche forming. The force of an avalanche is powerful enough to crush a large truck like a tin can. A larger Class 5 avalanche can take out an entire village while travelling up to 3 kilometers.

Many avalanches are caused by people engaged in recreational back-country activities, adding to the equation of uncertainty. After 10 avalanches were triggered by people across B.C. over the Family Day long weekend in February of this year, Avalanche Canada issued a special public avalanche warning for all mountains in Western Canada. Seasonally, with rising temperatures, we’re at the highest risk of large natural avalanches throughout the mountains.

Challenges of building a tunnel in avalanche valley

Horetzky Landing is located at the top of a steep mountain valley northeast of the Kemano Powerhouse and is home to one of the project's camps. It can be accessed by an 11 km road ascending the valley. Historical records from the previous Kemano project indicated avalanches would present a significant hazard to Horetzky Landing and its access road. On behalf of Rio Tinto, Hatch secured the expertise of B.C.-based avalanche specialists 6 Point Engineering to design mitigation and control measures to ensure the team’s safety, while living at and travelling to Horetzky Landing. In addition, 6 Point Engineering provides the team with snow profiling, daily avalanche forecasts, and risk reports.

Using a custom-built tunnel boring machine (TBM) tailored to operate in the local geology, the team is tasked with excavating and concrete-lining a water intake tunnel that will extend 7.6 km upstream through a mountain.The TBM is an impressive piece of equipment—imagine a large machine operating like a factory on rails, with a large cutter head that bores through the rock. The project has a team of approximately 250 people working on the project site. The workforce is split between two project camps located at Kemano, only accessible by air or water, and Horetzky Landing. To prepare for the unexpected, our avalanche technicians have mapped all avalanche paths in the event of snowpack buildup and older trees triggering movements in slide paths.

In alignment with Rio Tinto, one of our main priorities is to protect the workers and the project site. As such, we have implemented both passive and active avalanche control methods. The passive avalanche control methods include activities such as restricting movement to certain areas during times of high avalanche risk. Based on engineering calculations from 6 Point Engineering, we’ve constructed a deflection berm (10 metres high) and a stopping-wall (8 metres high) using massive piles of soil and rocks to create a barrier between the major avalanche path threatening Horetzky Landing and the T2 tunnel entrance adit, respectively.

As part of the active avalanche control methods, our on-site avalanche technicians provide 24/7 forecasting on changing weather patterns. The active control methods can be somewhat daring in how they’re executed. For instance, a helicopter loaded up with explosives flies over a specific avalanche risk area, then drops the explosives on the target to trigger a controlled avalanche. This prevents the snowpack from building up too much and reduces the potential of uncontrolled avalanches.

At times, severe storms and minimum visibility may be too dangerous to allow helicopter bombing, so we use an alternative, innovative technology. The Gazex avalanche control system is developed by TAS, a world leader in remote natural hazard prevention systems based in France. The Gazex system is made up of a series of percussion instruments known as “exploders” that ignite an oxygen and propane mixture to generate a blast strong enough to trigger an avalanche. A remote control is used to operate the Gazex without exposing site crew to danger or explosives. The Gazex system is connected to Hatch’s communication network, allowing us to remotely trigger an avalanche at any time of day, from anyplace on-site with a laptop and wifi connection. In accordance with the project’s plans and environmental policy, we’ll be removing the Gazex installations at the end of the project.

Educating our team in the importance of safety measures and avalanche risks plays a primary role in ensuring an effective avalanche control program. 6 Point Engineering provided avalanche training to all project site personnel, such as an overview of avalanche risk, the control methods, and site avalanche protocols. Highlights of protocols include:

Overall, the project’s risk management approach has taken every precaution to thoroughly train the team and implement the critical avalanche control program. Snow continues to fall at elevation, but with seasonally warmer temperatures approaching, our avalanche technicians are on high alert and will continue monitoring forecasts to reduce the project’s exposure to avalanche risk. Construction of the T2 Project is expected to be completed sometime in late 2020. 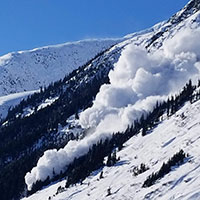 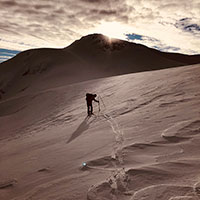 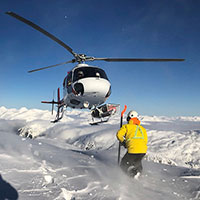 Steve is excited to be part of the team delivering this unique and challenging project for Rio Tinto. He started his career in Australia and has worked on some exciting projects around the world, but none compare to the Kemano T2 Project. “This project has amazing scenery, incredible wildlife, not to mention insane avalanche terrain. It’s the people that make projects a success and between Rio Tinto, Hatch, FKA and the various other contractor and service providers we have assembled a fantastic group of people with diverse skills, backgrounds and experiences. Hatch shares Rio Tinto’s commitment to build this project safely, without harm to the environment, while utilizing the local workforce and businesses. We look forward to successful completion of this project and ensuring a long-term, sustainable power generating facility, for reliable power supply to the Kitimat smelter.”